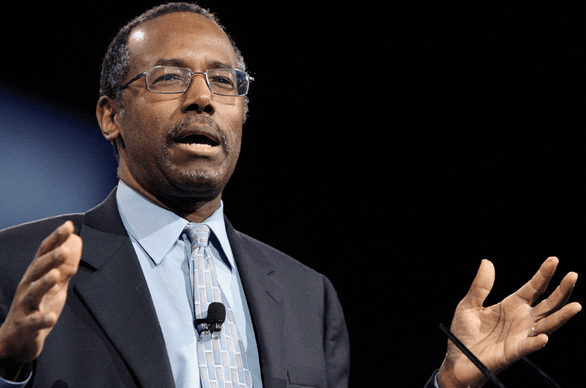 Ben Carson has said that “chances are reasonably good” that he'll run for president in 2016. Conservatives's biggest liability right now is the desperate desire for the next Reagan and the willingness to compromise. I can't support Carson because of his waffling on the Second Amendment, which is a deal breaker for me—and should be as well for any conservative who stands for natural rights:

BECK: Do I have the right to own a semiautomatic weapon?

CARSON: It depsnds on where you live. I think if you live in the midst of a lot of people, and I’m afraid that that semi-automatic weapon is going to fall into the hands of a crazy person, I would rather you not have it.

In this interview, Carson says that our Second Amendment natural rights are predicated upon where we live, completely antithetical to the Founders's intent and written law.

The caller said, “I’ve heard some conflicting things from people and I’m curious what your thoughts are on the Second Amendment and what this administration is doing to gut it, right now?”

Dr. Carson said, “Well, it’s always good to hear it from the horse’s mouth. First of all, I am a very strong believer in the Second Amendment. The Second Amendment is there for a very good reason, and I think our Founding Fathers were very wise to recognize that the populace could be a tremendous aid to the military. They could form their own militia; they would be a tremendous deterrent for invasion.”

He then invokes Piers Morgan's tank argument as an example of restrictions. He added:

“You do need to have a discussion about how we deal with situations where there is a tremendous amount of crime and easy access to the kinds of weapons that can create a lot of damage quickly. But that needs to be done in context of always preserving Second Amendment rights.”

We need to have a discussion on how we deal with easy access to weapons that “create a lot of damage quickly?” Sorry, but this sounds vague and seems like he's trying to say “assault weapon” without risking penalty in the conservative sphere for borrowing Bloomberg/Feinstein language.

By the way, the caller was referring to Carson's own quote above, or, “from the horse's mouth,” so to speak. Perhaps I've missed it, but I haven't seen Carson address his statement in the video above. So where does Carson stand on this issue? And why are we seriously considering presidential support for a candidate when we don't know where he stands on one of our most basic natural rights? Will he ever come around? Can this change?