My friend Andy McCarthy got me thinking over a line from his latest editorial [my emphasis]:

“Nothing like this has ever happened in modern American journalism.

There’s been incessant bias, sure. Events and stories have been ignored, of course. There have been loads of smears. We were just subjected to four years of Russian “collusion” fabulism. But now, most of the institutional media is openly colluding — and pressuring Big Tech — to suppress a story that might damage their chosen presidential candidate. Journalists have become our censors. That’s definitely new.”

Never before have we seen the media platform weaponized and used against the citizen it was designed to protect.

For years we’ve respected and even revered the sanctified position of the free press. Now that free press points its digital pen at your throat when you question their preferences.

The same press that has the resources to dox a woman simply for nodding behind Trump during a town hall can’t spare the bandwidth to ask Joe Biden whether or not he profited off of his son’s relationship with the communist Chinese government.

The press should be on the side of the citizen questioning Democrat candidates instead of working to elect these candidates.

As I was mulling all of this over, this story broke and is currently at the top of Twitter’s trending topics:

The reputation of Rudy Giuliani could be set for a further blow with the release of highly embarrassing footage in Sacha Baron Cohen’s follow-up to Borat.

In the film, released on Friday, the former New York mayor and current personal attorney to Donald Trump is seen reaching into his trousers and apparently touching his genitals while reclining on a bed in the presence of the actor playing Borat’s daughter, who is posing as a TV journalist.

Following an obsequious interview for a fake conservative news programme, the pair retreat at her suggestion for a drink to the bedroom of a hotel suite, which is rigged with concealed cameras.

After she removes his microphone, Giuliani, 76, can be seen lying back on the bed, fiddling with his untucked shirt and reaching into his trousers. They are then interrupted by Borat who runs in and says: “She’s 15. She’s too old for you.”

Apparently she was mic’ing him, or un-mic’ing him in these stills, which are all we see: 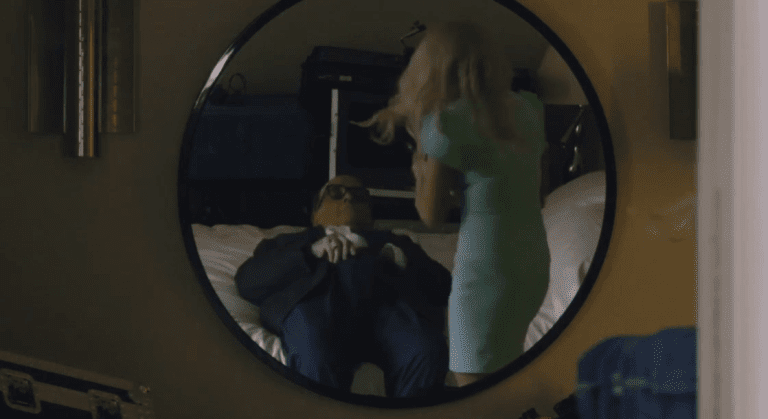 I have no other context for the stills, no video, no excerpts. The only thing we have to go on are what legacy media says, which I’m sure is properly objective and informative:

She spends some time elaborately taking off their microphones; briefly, he lies down on the bed. His hand is in his pants. Watching it, your brain turns into an exclamation point. They are strategically interrupted before more transpires, but you cannot help wondering exactly what Giuliani may have done next.

Eh. I’ve done media for a decade and have been on sets of every major network. I’m sure someone could take a still from a CNN audio tech unzipping the top portion of one of my dresses to place a mic pack on my bra strap and zipping it back up before running the wire under and around my neckline and affixing the lapel mic off-center in the front — or a still of a tech running a wire between the lower buttons of my blouse, up through my collar, to affix the mic in the center so my blazer’s lapel doesn’t brush against the mic during the broadcast. I’m assuming that’s why Giuliani leans back to tuck his shirt; some techs won’t just stick a mic on the lapel, they’ll run it up the shirt to avoid hitting other fabric. Sometimes, for smaller outlets, the reporter will mic the subject themselves. Long story short, unless I see video or context otherwise, the only thing I can criticize Giuliani for right now is meeting with a Sacha Baron Cohen op. 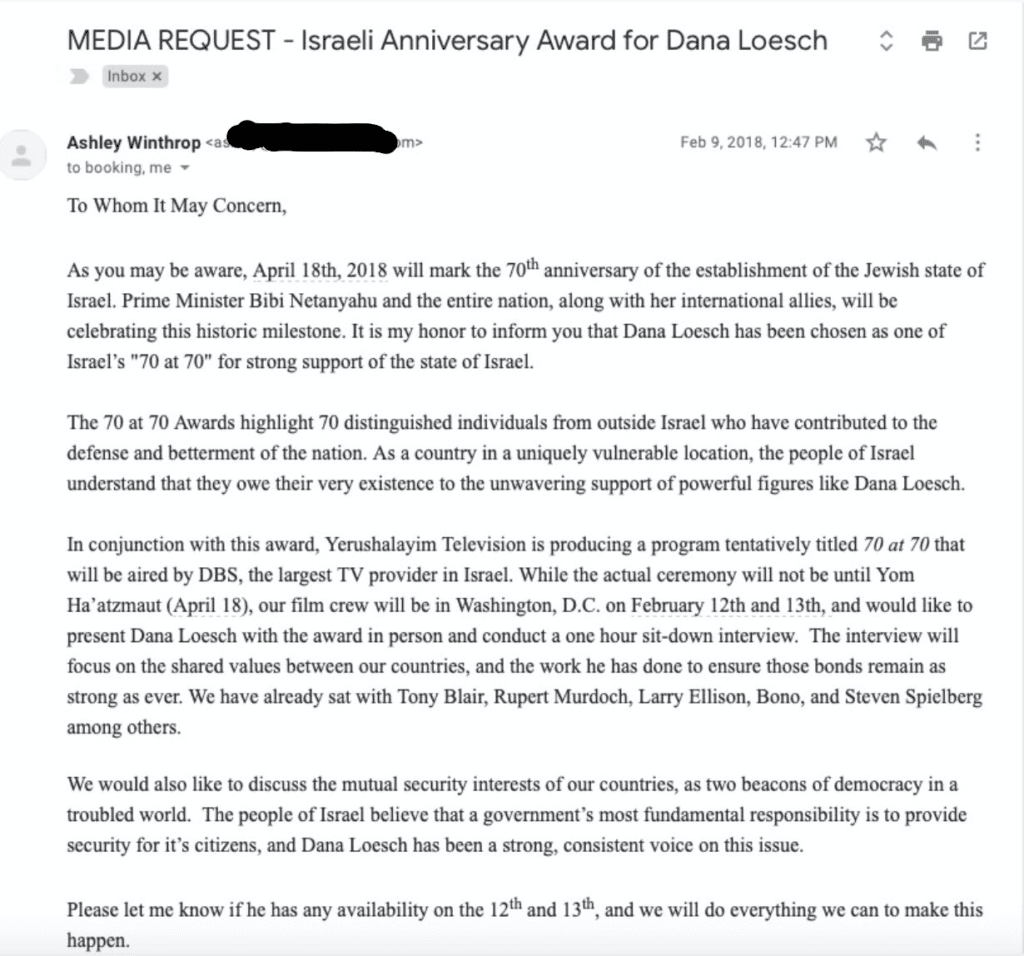 I’m a suspicious cynic and a 15 minute search confirmed my initial reaction. They sent this to at least one other person who did fall for it; I’m not sure what they sent to Giuliani to get him to agree to sit down with them.

Does it matter though? Or — for the sake of the argument — assuming the worst, is it only OK when it’s a Zoom call?

But I’m guessing you do the same, dear reader. Maybe you should stop feeling weird and guilty about that, @PennGSE's Jonathan Zimmerman writes.https://t.co/vLjlds8HWE

There is nothing to substantiate the claims that journalist overlords are running with but that hasn’t provoked Twitter to corporately censor this story the way they did the Hunter Biden laptop story that has actual receipts. Remember that Big Tech began the corporate censoring of conservatives at the demand of legacy media in the first place.

We are in an information war.

Politicians make money from the salaries we pay them (or from sweet communist Chinese connections, if you’re a Biden). Journalists profit from the ads sold on their stories. You read those stories and respond to the ads. Social media platforms profit from the ads they push to their captive audience, the product. You are the product. When will we recognize the true balance of power?

We have the control. We need to act like it.

From my radio program today:

Pressure is mounting on @JoeBiden as multiple outlets confirm the legitimacy of emails implicating him in his son's global pay-to-play scheme but the mainstream media and big tech are moving heaven & Earth to censor it, marking a new low even for them.@DLoesch reports: pic.twitter.com/eTVUw5vnZ4

*Update: Ben Dreyfuss from MotherJones, the so not at all conservative website:

I have now seen the scene with Rudy Giuliani and though it is creepy for other reasons it is being described on twitter in a false way. He does not have his hand down his pants in a sexual way. He is tucking his shirt back in after she untucks it removing his mic.

The VP of @CollegeDemsIN tweets he has exchanged text messages with @RudyGiuliani today by claiming to be @IvankaTrump. https://t.co/gB1GdjnrM5

But that didn’t stop the media from sprinting with it. ABC (he deleted it, but the Internet is forever):

Politico editor and Rachel Maddow biting on fake texts because of course they are. https://t.co/0YGOEKPguI

These messages from Nick Roberts allegedly sent to Rudy Giuliani are FAKE. "It is just satire," the college student tells me. pic.twitter.com/1LGPBdRypC

So they were baited as was Giuliani?

(1) The Borat video is a complete fabrication. I was tucking in my shirt after taking off the recording equipment.

At no time before, during, or after the interview was I ever inappropriate. If Sacha Baron Cohen implies otherwise he is a stone-cold liar.

As soon as I realized it was a set up I called the police, which has been noted in THR article on July 8th.

(3) This is an effort to blunt my relentless exposure of the criminality and depravity of Joe Biden and his entire family.

Deadline Hollywood reports CAA had a distribution screening in September where there was no mention of the scene holding any importance.

(4) We are preparing much bigger dumps off of the hard drive from hell, of which Joe Biden will be unable to defend or hide from. I have the receipts.