Scott Israel, disgraced former sheriff of Broward County, was defeated in his primary tonight in his bid to recapture his position. Sheriff Gregory Tony held Israel back 37%-35% with 98 precincts reporting. Recall that Israel was removed by Florida Gov. Ron DeSantis after Israel’s record of disastrous leadership culminating with the Parkland massacre. The MSD Safety Commission formed in the aftermath of the tragedy concluded that Israel’s failed policy contributed to the massacre.

The Sun Sentinel, before bending a knee to party partisanship, called Israel’s leadership and response “disastrous.” Deputies claimed that they couldn’t remember the last time they received training under Scott Israel. Scott Israel lied about how many calls his office had received about the murderer. He was called out by his own union. He snuck into a victim’s hospital room and took a PR photo without the parents’s permission:

My son Anthony Borges who is a survivor of the tragic Parkland high school shooting wrote this letter to the Sun-Sentinel editorial (@RosemaryOHara14) board asking them to rescind their endorsement of former Sheriff Scott Israel.

I could tell you how corrupt this man is, how petty and petulant he seems or how he lied about how many times he was called about the murderer, which I first put to him here:

(Note to Scott: If I had “not the litmus test for how law enforcement should follow up” then why was I was good enough for to you to blame on the national stage? I would have been a better sheriff than Scott J. Israel. I don’t have to be because Gregory Tony absolutely is — a prayer on real leadership answered.)

I could focus on all of these things but instead, I want to congratulate Sheriff Gregory Tony for a well-earned victory. I want to thank him for taking his job seriously, for maintaining good training for his deputies and himself, for stopping the buck at his desk. For protecting and serving. For restoring honor to his office.

Most importantly, I want to congratulate some folks who, through a cruel twist of fate, became my family’s dear friends. Ryan Petty, father to the beautiful late Alaina Petty; 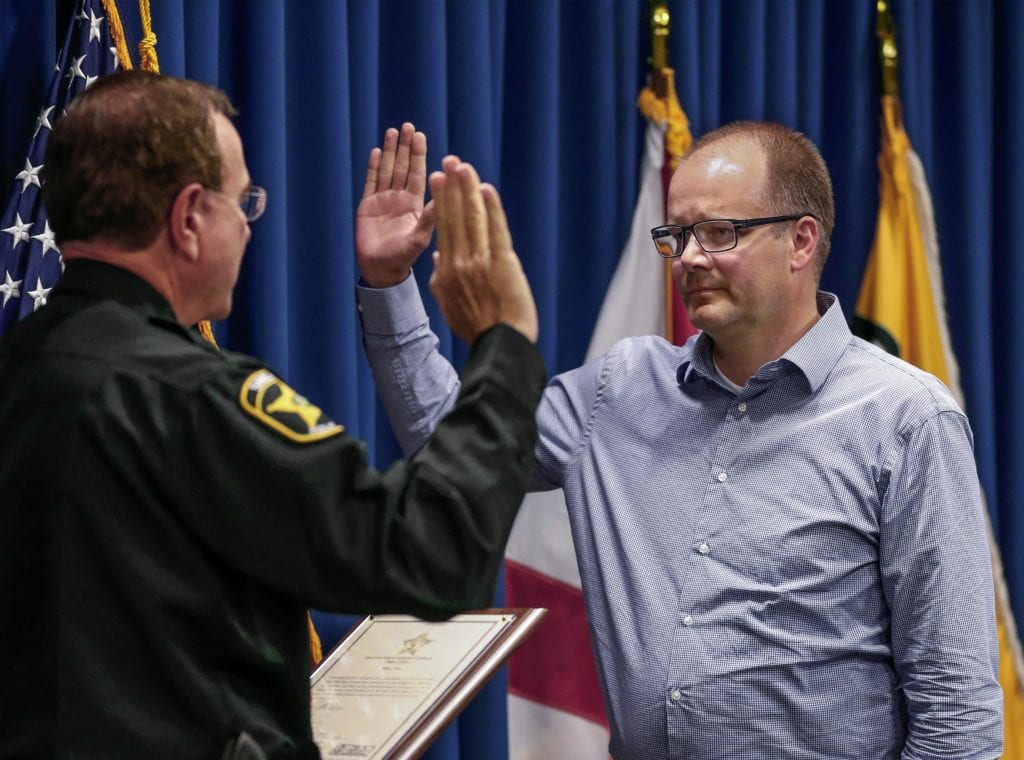 Andrew Pollack, father to the amazing Meadow Pollack, who bravely shielded a younger student as the murderer opened fire;

and Royer Borges, father of Anthony Borges, one of the most courageous young men I’ve ever met, who was shot and made his way into a classroom before using himself to hold the door closed as the murderer tried to push his way in, before firing through the door and hitting Anthony in the back (please see their medical fund here, Anthony is a fighter and still has many medical expenses).

Not just these parents and students — many others are responsible for holding Scott Israel accountable and fighting for this and other changes. Tonight’s victory doesn’t change the past, but it does so much to prevent the past from repeating itself. They deserve the attention, the congratulations, and God willing, perhaps some sort of closure. More than anything I hope they someday get that.