Some of the Tweets I read today on air in my Mailbag of Hate segment.

*UPDATE: The left, many verified and include professional journalists and Media Matters, have been raging now for 24 hours over a teenager’s observation. Apparently going after teenagers is cool now, unless they’re named Thunberg.

My youngest said that Warren “seems like the kind of grandma that doesn’t make cookies.” Basically, he’s saying she seems cold, but I like his phrasing better.

And just some of the unhinged responses:

My youngest said that Dana Loesch “seems like the kind of mom who made millions profiting off kids getting shot and killed.” Basically, he’s saying she is a soulless ghoul but I like his phrasing better.

Probably knows that kind of grandma because he has you for a mother. This is how this works,right? Making ridiculously unqualified judgements about who someone is towards the people they love? You’re whole persona is: ice cold.

You seem like the kind of mother who would sell out your childrens future to help your career.

My youngest said Dana Loesch seems like the kind of mama who is a c u next Tuesday. I didn't argue.

So the misogyny lessons are working, amirite, Dana?

I don’t make cookies either but, yes, let’s let that measure my worth as a grandma. Regardless of how you feel about her, that statement is wrong.

Great job raising a misogynistic jerk. He'll be grabbing pussy in no time.

Apparently it’s OK to rhetorically attack kids (unless their last name is Thunberg) — but how is it “misogynistic” to assume that a woman who plastered photos of herself all over social media baking strawberry shortbread would also bake cookies? So cake is OK but cookies are too far? Interesting.

My Mama was the epitome of a loving and affectionate grandmother, but never baked me a cookie… because she hated baking. It’s sad your kid picked up on your own internalized misogyny and thinks an older woman should be sitting around baking cookies in order to not be “cold”. pic.twitter.com/zBwc1YjPRm

An ironic lesson on misogyny:

My youngest said, "I can't believe there are people dumb enough to gobble up the non-stop grifting of faux-conservative hate-mongers." Basically, he's saying you are a useless Barbie doll who spews misogynist talking points, but I like his phrasing better.

My youngest said Dana Loesch "seems like the kind of mom who would make up a bullshit story about what her youngest said." Basically he's saying she has no grasp of reality, but I like his phrasing better.

My 9 year old said you seem like the kind of person who loves guns more than children. My 9 year old is brilliant.

I think he just called me Hillary Clinton.

Dana, gunned down kids from heaven said to me that Dana seems like the kind of mother who doesn’t care about us. Basically they’re saying you’re a shill for guns but I like their phrasing better.

And my daughter said that Dana Loesch “seems like the kind of person who would shoot a black kid for walking through her hard.”

My unborn daughter said through Morse code via womb tapping, “Dana seems like the kind of mother who has chosen guns and making money off that market over children."

Basically, she said she makes a living in an industry built around killing, but I like her phrasing better. 😘

I’m pretty sure @ewarren bakes cookies. What she doesn’t do is shrill for an industry that promotes weapons used to kill those same kids. And she doesn’t promote phony beet juice claims on late night tv.

My youngest said that Dana Loesch "seems to like the kind of mama who prefers guns to children."
Basically, he's saying she makes a living supporting an industry built around killing, but I like their phrasing better.

I don’t work for Planned Parenthood.

You look like the kind of grandma that wants terrorists to buy any gun they want to shoot up a school.

My youngest son said that Dana Loesch seems like the kind of mom who’s cool with kids being gunned down in classrooms. Basically he’s saying she’s cold and unfeeling.

This is not a hater, but someone who got it:

Then her self-humanization strategy has not worked on this kid. All that beer drinking, dog loving, grandma in the kitchen visual propaganda in her ads and social media posts and she's still coming off as robotic.

You seem like the kind of Mom that encourages your boys to be sexist at an early age.

Your youngest is an idiot, but I guess that’s not a surprise given the gene pool.

You know what – if you're raising your kids to believe that they should judge any woman by whether or not they make cookies, then you should be deeply, desperately ashamed. What a perverted value set your kids must have.

So your kids are idiots as well, good to know. Start the programming early.

My youngest wants to know what the hell is wrong with a grown women publicly indulging a sick gun fetish for attention and noteriety?

Your kid probably doesn't need the cookies or any dessert for that matter.

I guess you're lucky he came home from school – many parents aren't so lucky because of people like you.

Your son seems like an idiot. Not surprising. Since you are putting words in his mouth.

My 4 year old said "@DLoesch sure does seem like a stupid twat that wants kids like me to die" I said " spot on son." He's very intelligent

My 4 year old said "@DLoesch sure does seem like a stupid twat that wants kids like me to die" I said " spot on son." He's very intelligent

Aw you must be so proud that your youngest is spewing sexist tropes. From the mouths of babes amirite?

As someone whose grandmother didn’t make cookies, you can go fuck yourself.

Do you make bullets with your youngest Nazi?! 😤#NRARTerrorists#BloodOnNRAHands

My boys say you seemed crazed and def complicit in gun deaths. I like their phrasing.

My five year old just said, “That Dana Loesch is a stone cold sociopath who has climbed to a small fortune over the dead bodies of children.” Little Janey says the darndest things.

Your teenager came up with “grandma that doesn’t make cookies?” What a weird narrow view of grandmas to still hold into double digits years… homeschool kid?

My hamster said that Dana Loesch “seems like the kind of monster that bathes in the blood of children murdered by gun violence.” Basically, he eats his own shit, but he’s still right.

Better a cold granny than a gun whore mother like you. I feel sorry for your kids, but more so for the kids you helped murder.

It doesn't seem like your child is getting a good education. If you don't do something about this immediately, your child may end up like you.

My youngest just said “that Dana looks like a cunt.” Basically she was calling you a cunt and I agree.

They let you procreate?

Hoo boy, the reductive arguments here. Let me help, it’s not literally about baking or cookies. Not sure how any of these people can try to mock the observation of a teen when they don’t even understand the point.

(If any of these are deleted, don’t worry, I’ll replace them with the screenshots.)

Don’t forget — you can listen to my program daily via stations around the country, stream it at http://DanaRadio.com watch via Youtube or Facebook, or subscribe to the podcast. AND beginning TODAY, you can watch it on The First TV via Pluto, channel 248. 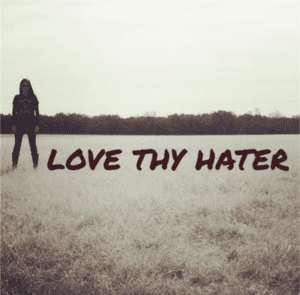