Politico deliberately used a quote from Wisconsin Governor Scott Walker on ultrasound images and falsely claimed that Walker was applying it to legislated ultrasounds prior to obtaining an abortion. Last week I interviewed Walker on a number of topics from ethanol subsidies to social issues. On the subject of abortion, Walker discussed mandatory ultrasounds prior to obtaining an abortion. In discussing the ultrasound images themselves, he described how he and his wife still have their sons's images and that they are “cool”:

I've passed prolife legislation, we defunded Planned Parentiood signed a law that requires an ultrasound, um, which, think about that, the media tried to make that sound like it's a crazy idea. Most people I talk to, whether they're prolife or not, I find people all the time will get out their iphone and show me a picture of their grandkids's ultrasound and how excited they are. That's a lovely thing. My sons are 19 and 20, we still have theur ultrasound picture, it's a cool thing out there. What's the point of discussing a possible candidate's answer on life issues if you're not going to accurately state what was said?

Skip to 15:49 for the full question and answer courtesy of my St. Louis affiliate:

Anyone with the reading comprehension of a dolphin knows that Walker was specifically describing ultrasound images, not the legislation itself—which yes, it is cool that women seeking an abortion as a form of birth control must think and see the life they are ending before ending it. Maryland has a seven day waiting period to buy a gun, and defense to save lives and liberty are Constitutional. Waiting periods blow, don't they? I should note for any potential Politico staffers: That's my opinion, not Walker's. Get the quote right.

Washington Examiner: Walker Attacked For A Quote He Didn't Say.

*Minutes after this story posted Politico changed their headline:

Let's see if the hackneyed far left websites do the same or if they'll cling to false narratives.

Aptly-named Jezebel is still running with it: 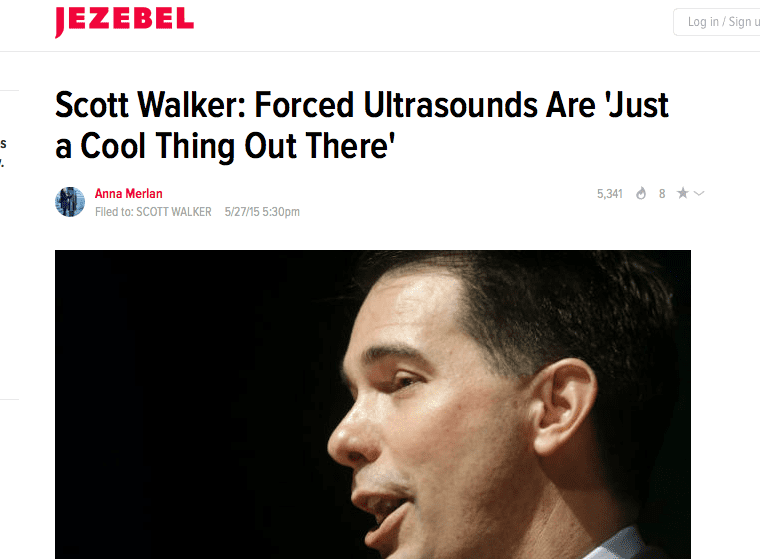 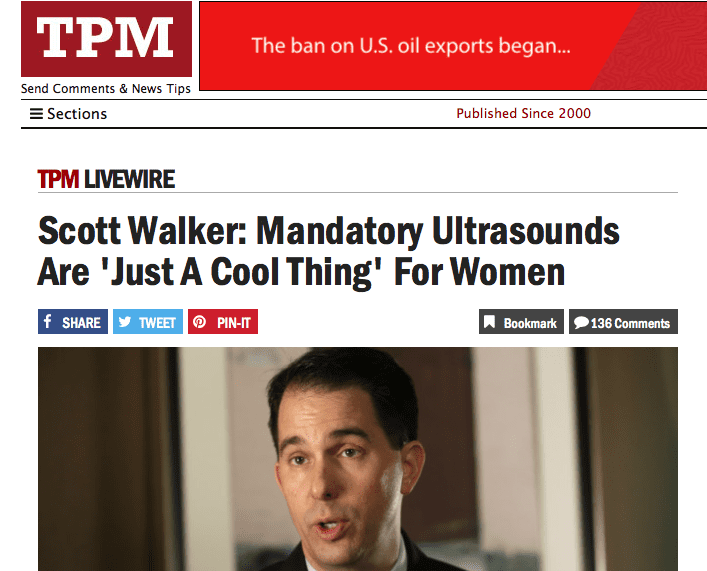 So does Senator Barbara Boxer, aka “Ma'am”: 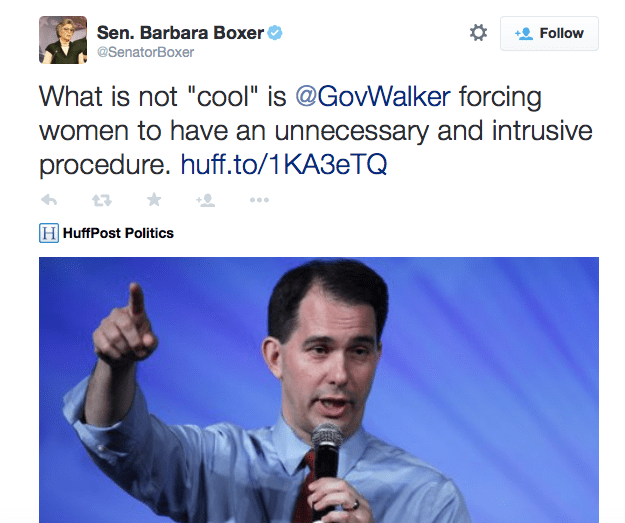