Moms Demand, under fire for refusing to release data supporting the questionable results of their anti-gun poll conducted by a senior Obama adviser, have waded into a new hypocritcal embarrassment: apparently bringing guns to an anti-gun rally. As Moms Demand lobbyists descended on a Kroger shareholders meeting in an effort to force the supermarket to ignore state and local gun laws, a Twitter user caught this: 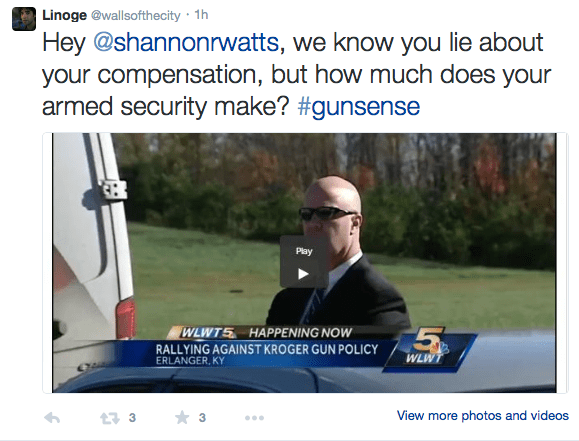 See the bald guy in the left frame (see the full footage here)? It looks exactly like the man from the Moms Demand rally above. The armed security that Everytown spokesperson Erika Soto Lamb confirmed that Moms Demand hires. The same armed security who shoved and hip-checked me on camera as I tried to ask lobbyist Shannon Watts to address her lies about my profession.

You tell me, what do you think? Same guy? (h/t George) 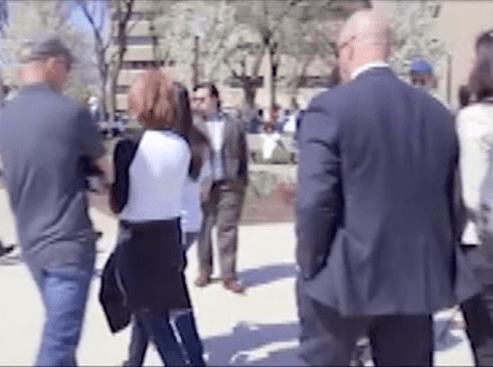 (This is where he begins shoving me, above.) 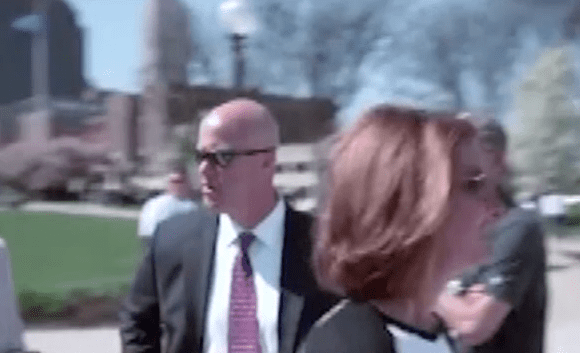 So wait—Bloomberg anti-gun lobbyists show up with guns to bully Kroger into banning guns? Moms Demand thinks that they're absolved because they paid other people to carry guns and they themselves aren't carrying?