Ridiculous. Keith Olbermann is desperate to use whatever he can as some way to invalidate all the black eyes the left accrued over the past year. He denies that the Gladney incident even occurred. Is he high?

It’s a fair question. From this evening, video here:

“… when the summer confrontation when witnesses claimed a teabagger was brutally beaten despite the videotape that shows him … not being brutally beaten.”

Olbermann is, of course, speaking about Kenneth Gladney, the one black man assaulted that the left didn’t try to manipulate and exploit as a tool for votes because they profiled (I thought they were against that?) Gladney as a conservative. Left wingers like Janeane Garofalo and co. love to perpetuate the new Jim Crow of ignoring the contributions of black American conservatives – when Garofalo and co. are not busy telling them that that they have Stockholm Syndrome for daring to drop the yoke of liberalism to embrace limited government, trying to pick fights with them.

I was at the Carnahan townhall where Gladney was beaten; I left just before the incident for a segment with Greta Van Susteren. They bussed in OFA volunteers and sat them in a special reserved seating section right up front. I know this because when I snuck in the side door Carnahan and OFA staffers asked if I was with OFA, to which I said “yes,” and they showed me where to sit. OFA volunteers and HCR supporters were belligerent to others, which is why I remarked “It wasn’t a mob until they showed up.”

The hilarious thing is that the video he played shows the exact opposite of what he said. Let’s look at some screenshots from the very footage that Olbermann played on his show: 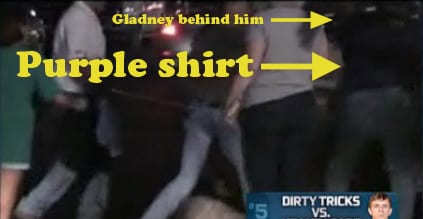 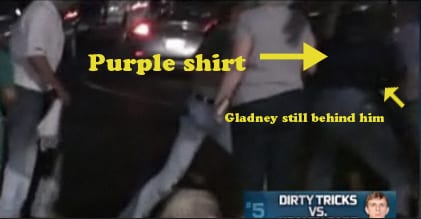 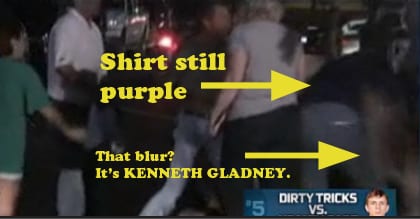 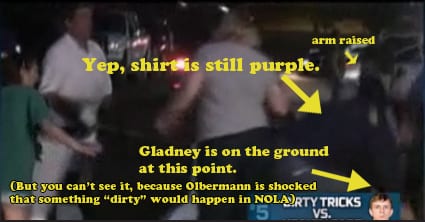 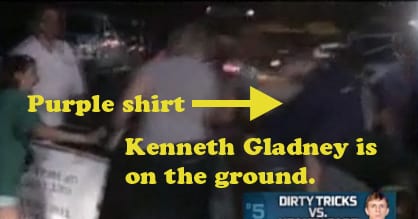 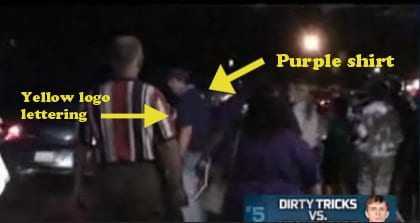 Unless that man was an actor, what else is there to assume?