Last night, POTUS reTweeted my observations on a now-viral clip I saw: 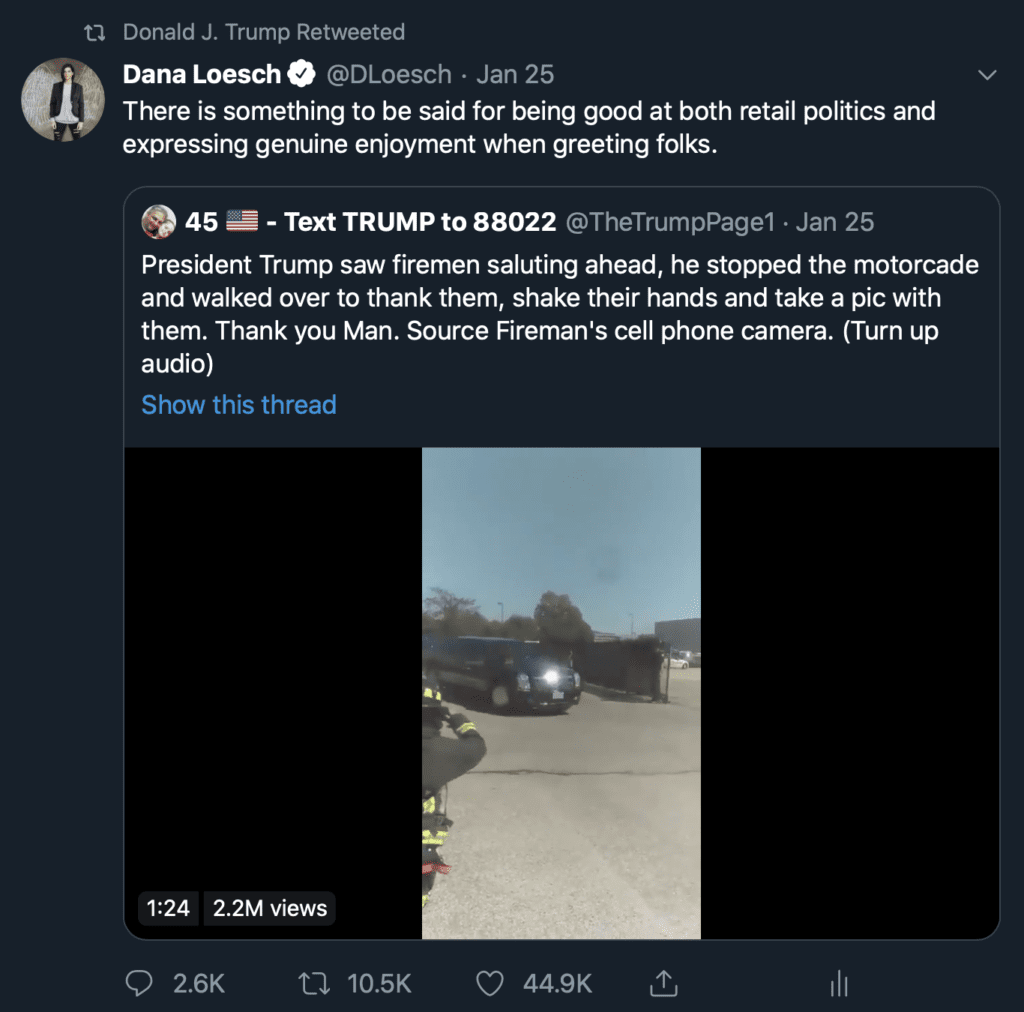 The video was taken by one of the firemen who was waiting to see the President drive by. The whole thing is indicative of a certain amiability that the Democrat 2016 nominee lacked (who can forget that Hillary Clinton hiding behind her glasses at Chipotle?). Of course, anything positive about Trump triggers the “resistance,” who refuse to give even credit where due, which undermines the sincerity of their protests.

The reaction in my mentions is the reason why I wrote my third book, Grace Canceled: How Outrage is Destroying Lives, Ending Debate, and Endangering Democracy, available now for preorder. It is not the book I was expected to write, but a topic that was incessantly on my heart, and it examines not just outrage, but the social justice warriorism we’ve seen of late, and even its manifestation within the church. It is a faith-based book from a personal perspective and within it I offer a blueprint for stopping the hatefulness and implementing a grace-based approach. As I’ve said before, when I of all people am telling you it’s time to pull it back, the hairs on your arm should stand.

I’ll be in certain cities around the country in the coming weeks to meet the people who listen, watch, and read, and thus, share this journey with me. Hope to see you at one.