The cake is a lie.

The reality is that, in America today, there are two types of people: those who understand that statement and those who don’t. Gamers, and non-gamers. People who laugh and roll their eyes when they hear someone scream the name “Leroy Jenkins,” and people who shrug in indifference.

There is a third subset of people, which includes myself, who understand the statement academically but not practically. We are not gamers ourselves, but we live with them. We are friends with them, parents of them, married to them. But we don’t really “get it,”

But the reality is that the social media movement known as #GamerGate affects all of us, no matter how limited our connection to the gaming world. Gaming defies traditionally defined demographics. Gamers are men, women, children, black, white, Hispanic, Asian, gay, straight, religious, non religious, etc. The chances are slim that you could go through life without contact with a gamer (or several).

There are several hundred accounts of the facts and events that made #GamerGate a reality – far too many for the non-gaming crowd to digest and process in real time – so for the most part it has been ignored by people outside of the gaming community. Even some regular gamers have dismissed it as media hype and attention-grabbing. And the reality is that there are probably some people – as there are with any movement – who are involved for the wrong reasons.

So what is it? In a nutshell, #GamerGate is a resistance movement.

There has always been a bias in gaming media. Crappy games got great reviews and people didn’t get it. Then Indie game Developer Zoe Quinn went through a bad breakup, and when her ex disclosed the names of men she had cheated with, it included editors and journalists who had given her games good reviews. Quinn was effectively the Arch Duke Ferdinand of #GamerGate, setting off a war that was already brewing. – Ashley Phoenix (@AshPnX)

#GamerGate is essentially the backlash, fueled by gamers themselves, against a collusion between game developers and certain gaming journalists to promote specific games based on their political value rather than merit.

Grand Theft Auto glorifies violence toward women. We should ban it.

That game doesn’t have any female heroes. How can women possibly play that without feeling marginalized? 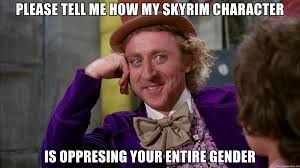 Violent video games, especially military inspired first person shooters, are the reason we have tragedies like Newtown and Aurora.

You’ve heard it all before, but maybe you didn’t make the political connections. Maybe you thought that Grand Theft Auto was too violent and you didn’t want your kids playing it, so maybe it was ok to ban it.

But herein lies the problem: if someone wants to control the political value of video games, there is a reason. If someone has something to gain by limiting free speech and expression, we should immediately be concerned.

Avid gamer – and regular contributor at Dana on the Blaze – Brandon Morse had this to say:

Gaming is everywhere. Schools are using gaming to aid in learning, because it works. Games like Minecraft teach all kinds of skills. And it’s not just high schools and colleges, it’s elementary schools as well.

So relatively unbeknownst to the rest of the world, a handful of self-proclaimed “Social Justice Warriors” took to social media in order to wrest control of gaming media from the gamers. And so far, the gamers appear to have won. Gawker alone took a seven figure hit, and though that doesn’t mean it will fade into obscurity, it did get a fair bit of attention. An anti-GamerGate group even tried to gain traction with a petition to get vocal #GamerGate supporter Adam Baldwin's invitation to Aussie pop culture Supanova Convention revoked. The counter petition was swift and decisive, quickly generating a far greater response from fans.

This is a big win. There won't be a parade, but this is an important battle in the long culture war. More people are aware now of the SJW jargon and tactics. I am optimistic that the closed-minded anti-gamers have been forced to show their totalitarian colors to a younger crowd. – Adam Baldwin

Why have the gamers won? Brandon Morse had some ideas:

The Social Justice Warriors tried to take on a bunch of kids who literally fight dragons every day. They spend hours learning tactics and fighting evil, so this is nothing. 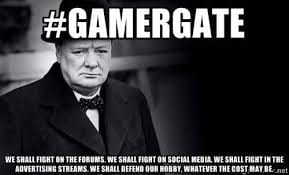 And I truly believe that is why gamers were so quick to fight back – and why they have been so successful thus far: they can still see the line between good and evil. We live in a society that loves to blur that line.

I watched Maleficent a few weeks ago with my children, and nearly came to blows with my television. “Why can’t they just let good be good and evil be evil?” I asked my husband. Why do all that perpetrate evil have to have a qualifying backstory that makes their evil the result of some unfair or horrible set of circumstances? Why do all heroes have to be fatally flawed? Why does Hillary Clinton think that, in order to fight the War on Terror, we must “seek to better understand our enemies”?

Well, in games, sometimes evil is just evil. Sometimes good is just good. Creepers and zombie pigmen don’t have backstories. Sometimes when someone attacks you, the best response is simply to neutralize the threat rather than to psychoanalyze it. And gamers get that. More of us should as well.*

*A complete podcast (warning: language) of my interview with @AdamBaldwin, @theBrandonMorse, and late addition @theWTFmagazine is available for download.