A young man identified by the “Justice for Mike Brown” Facebook page as Chris Schaefer was severely beaten last night when fellow protestors accused him of capturing video during a public meeting. Schaefer contests that he was not recording. Missouri law only requires single party consent for recording and there is no such expectation of privacy in public. A visibly shaken Schaefer recalls the beating he recieved at the hands of violent protestors in the following video.

Expectedly some leaders of the protests including Hamas supporter Basem Masri condoned the violence perpetrated against his fellow protestor as seen here in this tweet: 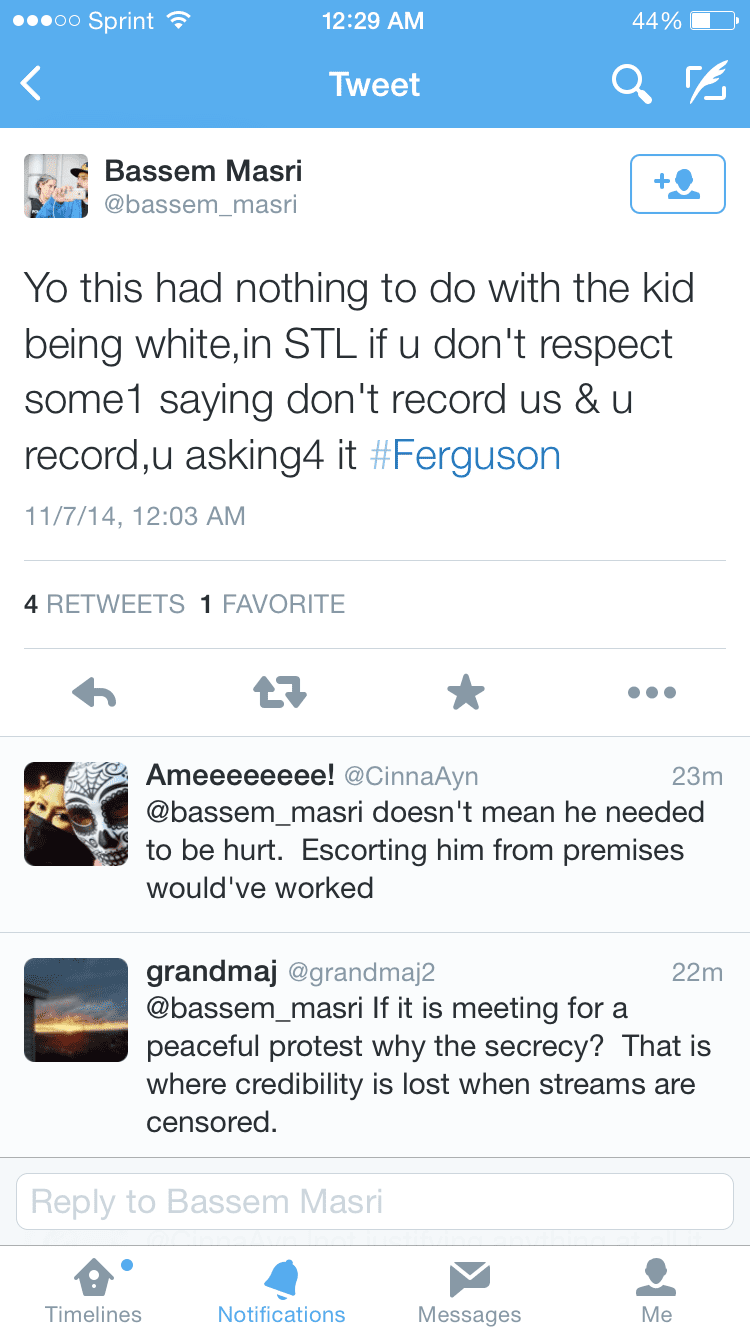 Oddly the “Justice for Mike Brown” facebook page that Masri is a moderator of condemned the violence as seen here.: 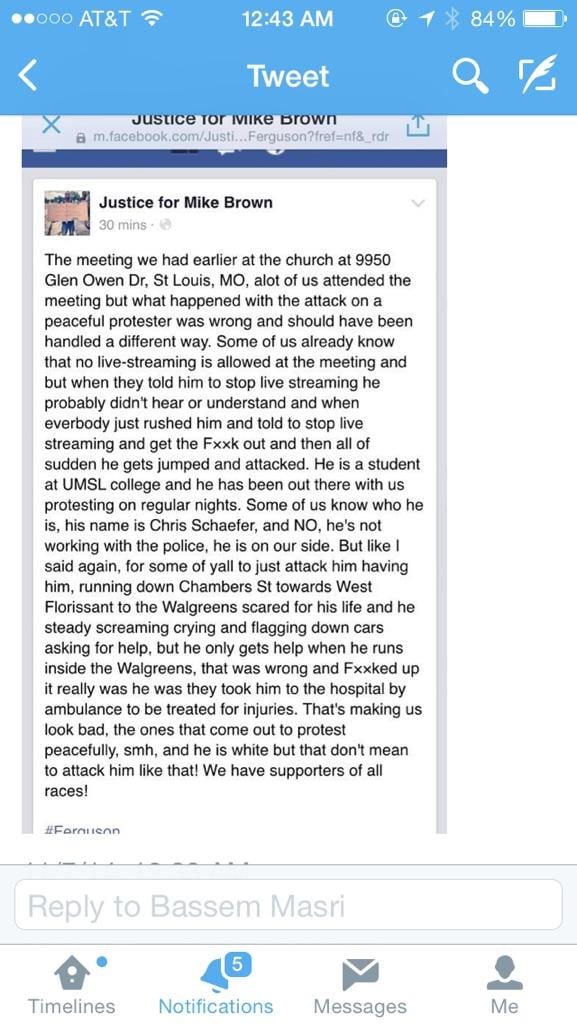 It's typical of groups which try to violently intimidate the public into submission to make examples out of their own membership while keeping a different face for the public on their most public forums.
Schaefer had to call police from a drug store, the same police that he had allegedly protested prior with people who chanted about killing the police. Schaefer says that he will not have the money to pay for his hospital bills. The irony of young people protesting the government while advocating for more government and then having to be rescued by the government from the violent anti-government situation they helped create is still shocking.
The best coverage of the protests in Ferguson can be found at Gateway Pundit.