I’m not sure if you’re following the “Real World”-esque drama playing out in Seattle right now, but basically Antifa made the resistance-version of a kids’s fort in the middle of the city, put up road blocks, and claim they’re the captain now. 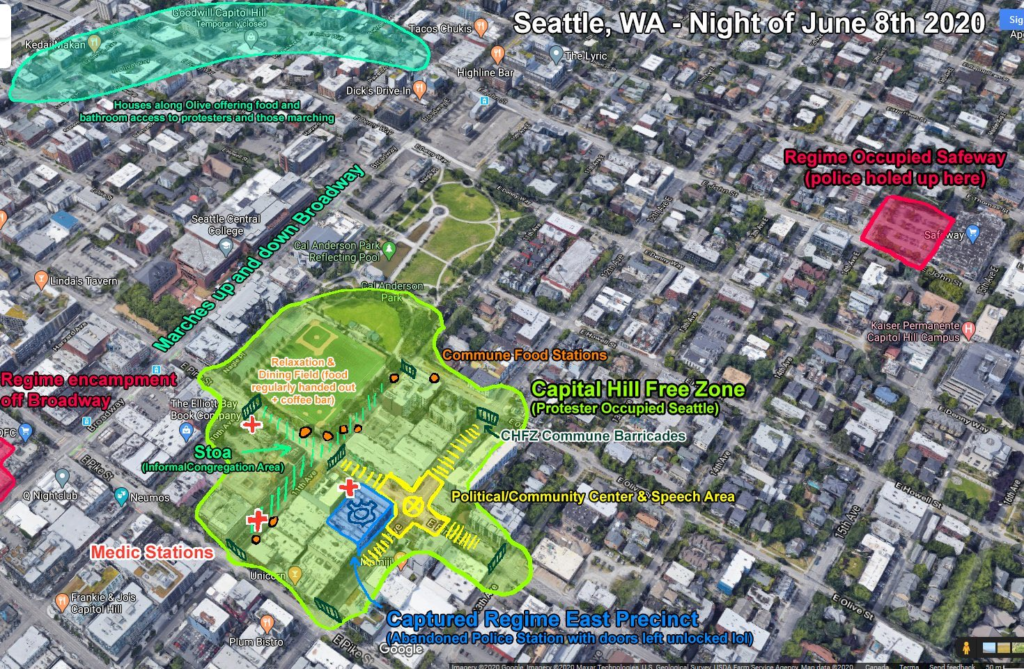 It’s called the “Capital Hill Autonomous Zone” (a.k.a. CHAZ) and the first thing they did was to build a wall:

I’m outside of the Seattle Police Department’s East Precinct for @townhallcom. Police have pulled out of the area and protesters have set up barricades in the streets. They have declared it a “Cop Free Zone.” pic.twitter.com/iYFQ9B4jhz

SDOT has moved into the area to remove some of the barricades. They have negotiated with the protesters to leave most of the barricades in place. Protesters said they want them in place to keep white supremacists out. pic.twitter.com/QNSH7Qls6Y

They’re “autonomous” in that they rely on the water, electric, from the city and Seattle Department of Transportation is said to have provided them with port-a-potties. They weren’t able to get any of these things for themselves, but hey! They made signs! 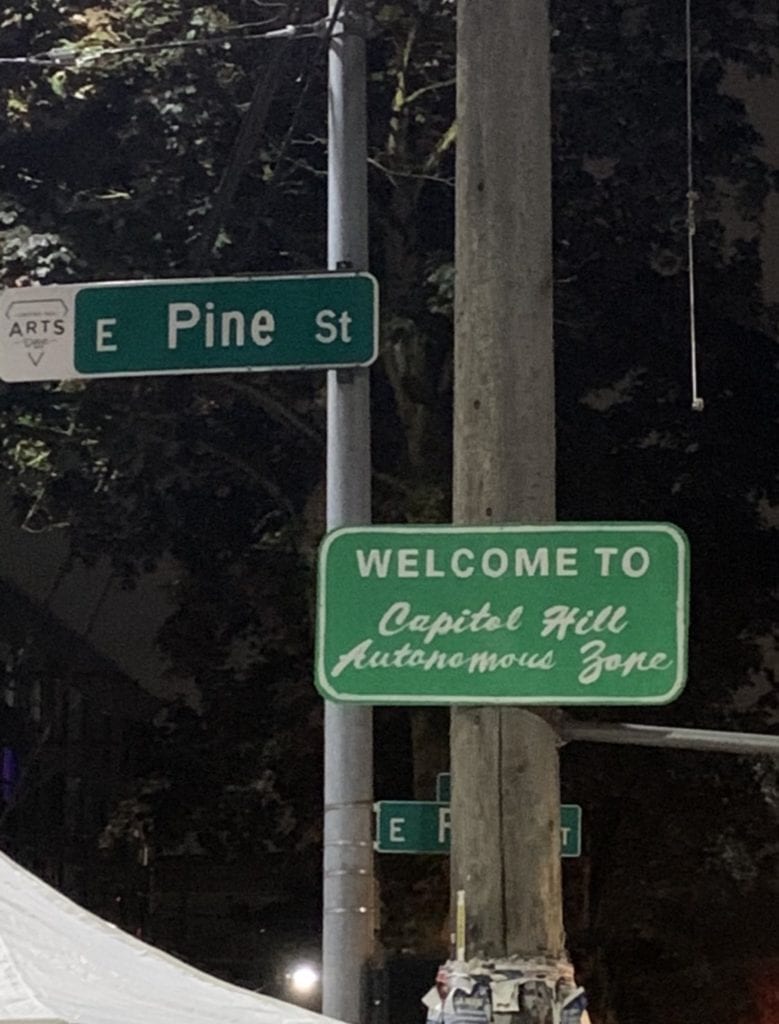 They also reportedly began shaking down businesses helplessly caught in their fort:

It turned into “Lord of the Flies” fast:

Policing in the Capitol Hill Autonomous Zone by @RazSimone. There appear to be no body cameras, reports, or oversight and accountability. This was an attempt at de-escalation for spraying paint onto a building which resulted in an alleged assault. #chaz #FreeCapitolHill pic.twitter.com/dI1J6QNcpn

And Twitchy notes that they brought in a “warlord” to “police” the area from which they wanted to purge police, someone more unaccountable to the public than the police.

Gov. Jay Inslee has no idea what the hell is going on in his state:

"That's news to me". pic.twitter.com/2oFzC3Cxon

I’m just sad there isn’t a livestream with a laugh track.