Yesterday a police officer local to my area went visited the Grapevine, Texas McDonald’s and ordered a chicken nuggets meal for a fast lunch and to his surprise, found he’d received a box full of lettuce when he went to eat. When the officer went inside to correct the mistake and the employees laughed and made him uneasy about accepting a replacement box. The photos were posted to Facebook by the officer’s significant other (I’m omitting identifying details due to justified concern for the safety of the officer, the officer’s family, and his colleagues). It’s hard to see how this was a simple mistake or even a joke, considering the national unrest.

Local citizens delivered letter to the management and contacted the franchise owner. The letter states:

It has come to our attention that on Sunday, August 30, 2020 at approximately 1:00pm a police officer in uniform in his police vehicle went through your drive through and ordered chicken nuggets. Upon discovering the nugget container full of lettuce, he walked into the store to report the mistake and get his nuggets. That is when the officer heard laughter from the kitchen. This officer then refused the replacement nuggets, unsure of what the kitchen staff had done to them, received a refund and left the restaurant.

If someone were holding your store up at gunpoint, this officer would risk his life defending every employee and customer in your building, even the ones laughing at him.

Tampering with food is one of the worst breaches of public trust a restaurant can perpetrate. Fear of food tampering can damage a restaurant beyond repair requiring, at best, years of reparations.

Being disrespectful to any customer, but especially a police officer warrants a complete boycott of your location. Please tell us who you are. Are you an establishment that discriminates against police officers and anyone you may disagree with politically? Or are you an establishment that serves all people equally? Your response to this incident and these stipulations will reveal that answer.

This officer has forgiven you. The public has not yet. We await your response.”

This is the latest example of service protest towards police. Hostility towards police many times escalates to violence: in St. Louis a young police officer lost his life after he and another officer came under attack as they responded to a call.

We’ve reached out to McDonald’s for response and will update with any developments.

*UPDATE: McDonald’s corporate is sending over a statement; they maintain that they had a customer at the same time who ordered extra lettuce for several sandwiches and the employees put the lettuce in nugget boxes and accidentally switched up the orders. I’ll publish the statement when received.

**MORE: Christopher Stanley with McDonald’s corporate sent over this statement (the removed post to which he’s referring is the original screen grab above):

I wanted to share McDonald’s statement about the unfortunate McNugget box mix-up that happened in Grapevine. As we discussed, the incident was simple human error and had nothing to do with the fact that one of the people was a police officer. There was a simple switch of boxes containing two different items. The original customer post has been removed.

“McDonald’s supports our local police, military and first responders. This was a simple mix up where a special request from another customer was accidently given to a different customer who happened to be a police officer. We have reviewed in-restaurant security footage and are confident this was in no way intentional. We deeply apologize for any mix-up and misunderstanding.”

(P.S. Over the weekend I had the pleasure of meeting with and praying over these awesome officers at a wonderful event organized by a dear friend. These gentlemen are some of the good guys — of which there are many in the police force around the country, more of them than of the Scott Israels and Derek Chauvins. They need your prayers and support more than ever.) 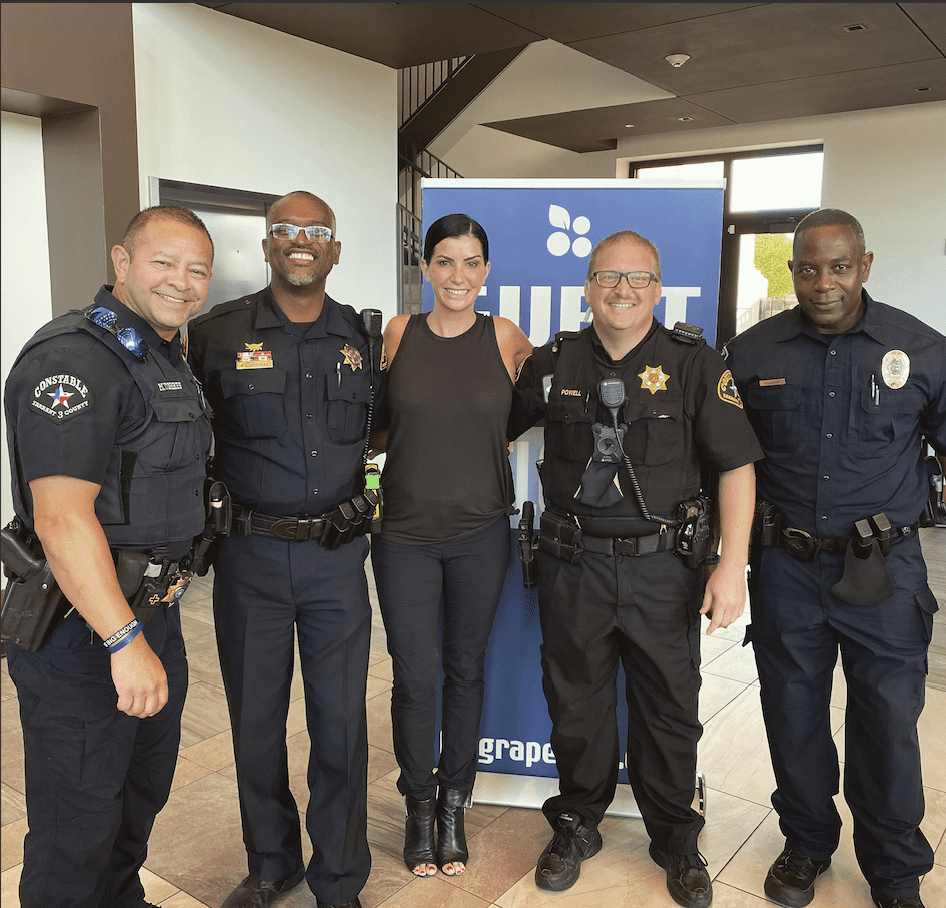