Like most American students, I was introduced to the concept of “city government” in a third grade Social Studies classroom. In a democracy (in third grade, the concept of a Constitutional Republic was slightly beyond our grasp), city governments were elected to discern the will of the people and govern accordingly. As I got older, although the civics lessons certainly got more complicated, the underlying theme remained the same: city governments, like all other governing bodies in a representative republic, are responsible for governing in a manner that reflects the will of the people.

In theory, that means that no city official should promote a specific political agenda while on duty.

In theory, that means that no one should affix paraphernalia associated with a specific political agenda to an official vehicle.

Why the impromptu civics refresher? Obviously, someone employed by the city of St Louis missed it back in the third grade. 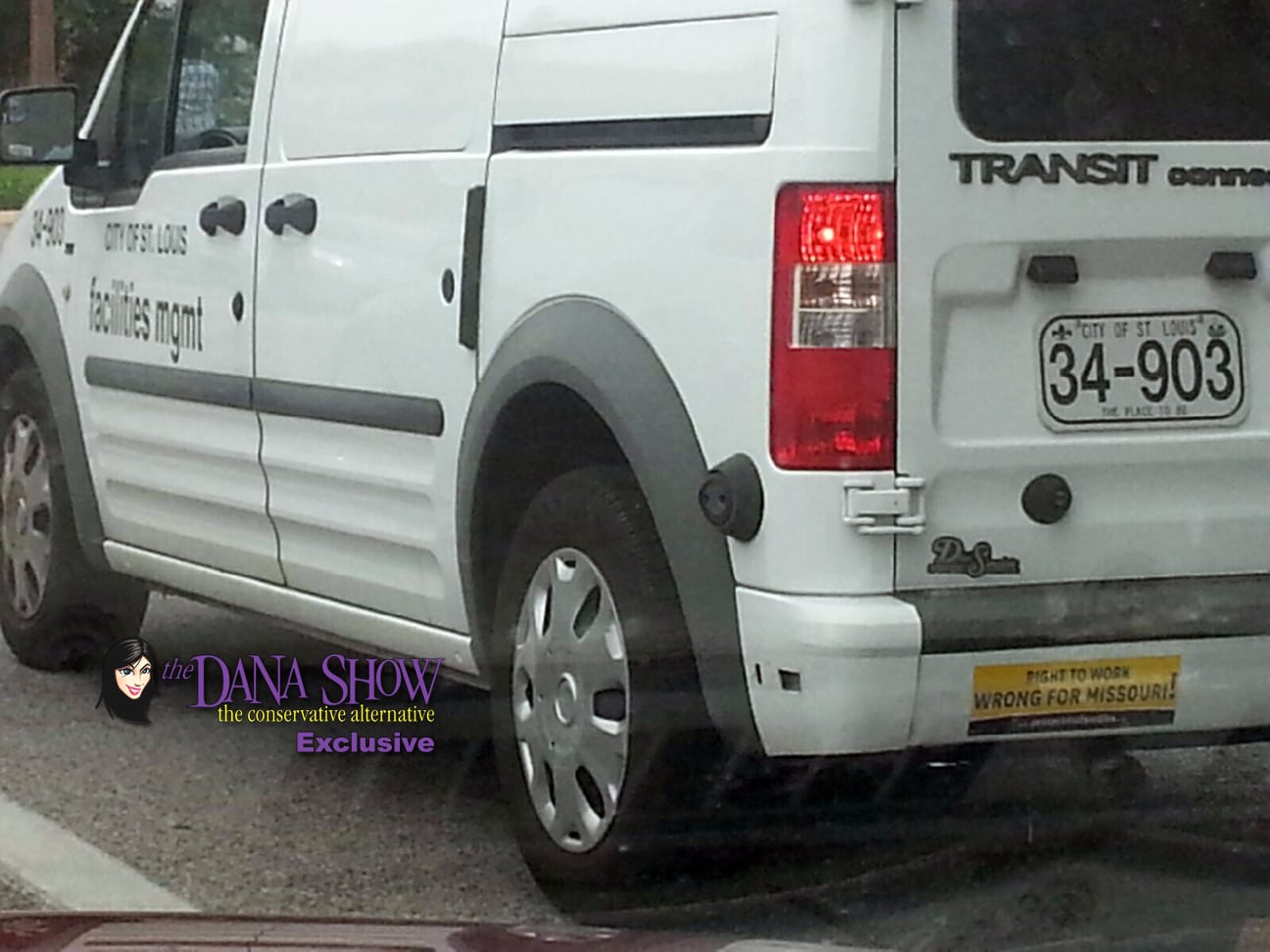 Upon seeing the above photo, which features an official St. Louis Facilities Management Vehicle (tag 34-903) sporting a bumper sticker that is most certainly political in nature, I thought I ought to contact a few St. Louis City offices.

I started with the Mayor’s office. I asked the clerk who answered the phone whether it was official city policy to take sides on political issues or if individual city officials were allowed to make such statements themselves.

Score one point for the clerk. The city employee Code of Conduct addresses that exact topic, both as it concerns political statements made in an official capacity and the use of official vehicles for personal agendas.

And then she asked me a question of her own:

Do you know what department the vehicle was from? Because you would really have to talk to the department about their policy.

So I put in another call, this one to Facilities Management.

I don’t think it’s allowed. I can have someone look into that. Do you know which vehicle it is?

“Yes, Ma’am, I do,” I replied. There was a long pause. “Did you want me to tell you?” (Isn’t it your department’s job to make sure that your employees are adhering to the City Employee Code of Conduct?)

The City of St. Louis has some work to do, it seems. At best, they have a handful of employees who are unaware of the regulations that govern them in their jobs. At worst, employees of St. Louis City are being allowed or even encouraged to promote a political agenda in an official capacity