A number of new laws took effect in New York at the start of the New Year, including the state’s insane new bail reform law:

New York’s bail reform law eliminates pretrial detention and cash bail for the vast majority of misdemeanor and non-violent felony cases. Hundreds of offenses such as stalking, grand larceny, assault as a hate crime, and second degree manslaughter will no longer be eligible for bail or pretrial detention.

The law is said to affect nearly every case in the state — and these aren’t victimless crimes, either.

“So someone can walk up to someone on the street punch them in the face and if they haven’t done lasting physical injury there’s no bail available… they’ll be let out that day they can go punch someone the next day,” Peters added.

The bill was slipped surreptitiously slipped into a budget bill with little detail before passing.

This new legislation doesn’t allow judges to have any discretion in determining whether a person is a flight risk, nor whether they pose a threat to public safety or will commit more crimes.

Aside from that, a big concern for law enforcement and prosecutors is those released intimidating or quieting witnesses so they don’t testify against them.

There’s a list at the link, but look at the red circle: 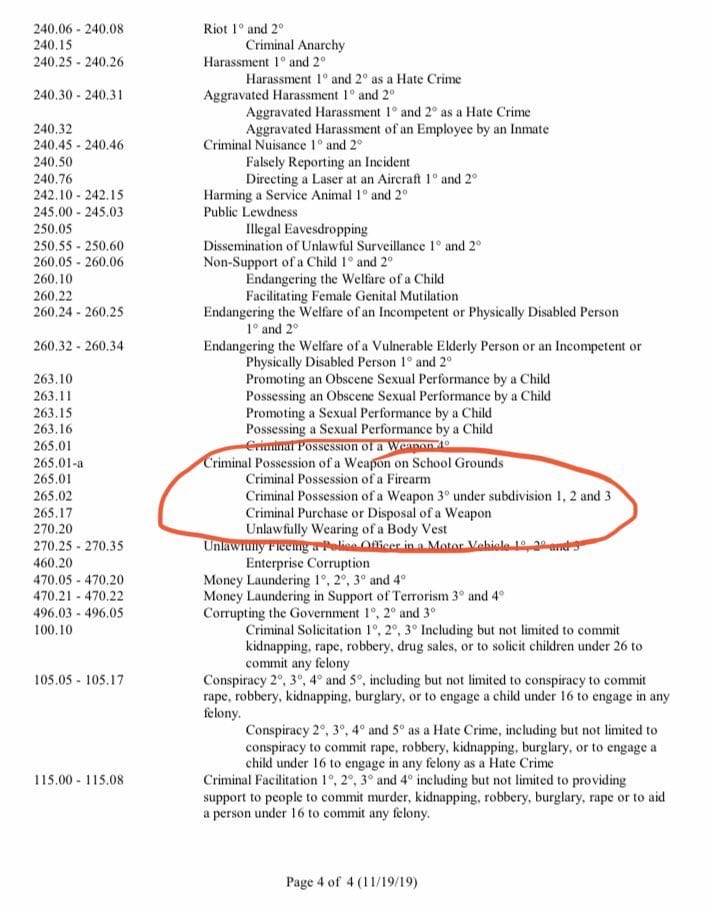 Criminal possession of firearms. So far Bloomberg’s pretend “grassroots” groups, Moms Demand and Everytown have been silent on this. These are the very same lawmakers who lecture the law-abiding about “gun sense” and “gun safety” yet have no problem with allowing prohibited possessors and violent offenders walk free until trial to reoffend and jeopardize public safety.