Missouri Lt. Governor Peter Kinder today demanded that Attorney General Eric Holder make public the DOJ's findings in the federal civil rights investigation of Ferguson. Holder sent a reported 40 FBI agents to exhaustively investigate in Ferguson. No mention has yet been made of the agents's conclusions. Kinder writes:

“I write concerning the federal civil rights investigation arising out of the August 9, 2014 events in Ferguson that led to the tragic death of Michael Brown.

Published reports quoting a spokesperson for you informed the public that no fewer than 40 FBI agents were deployed to this investigation. This is on top of other Department of Justice resources and personnel on the scene.

The local investigation was conducted thoroughly and placed every scrap of evidence before the grand jury. We know that all of the evidence is available to your FBI agents and other personnel.

I respectfully request that you release to the public the findings of fact from your federal investigation into whether a civil rights violation occurred.

I ask this not knowing what those findings are. However, I believe that all Missourians, indeed all Americans, have a right to know those facts, whatever they may be.

I have spoken this day to the Mayor of Ferguson, the Honorable James Knowles, who joins me in this request.

Respectuflly, sir, I look forward to your response.” 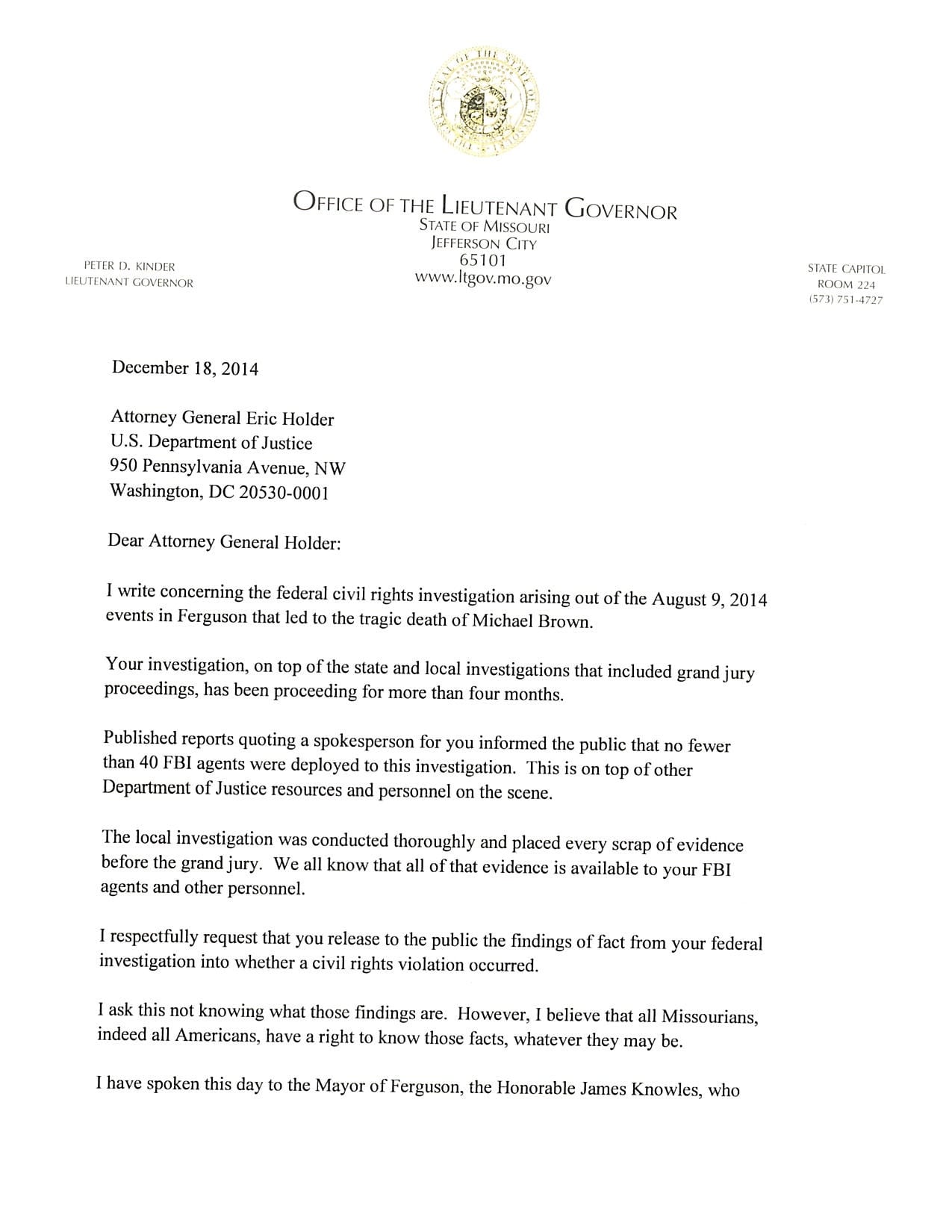 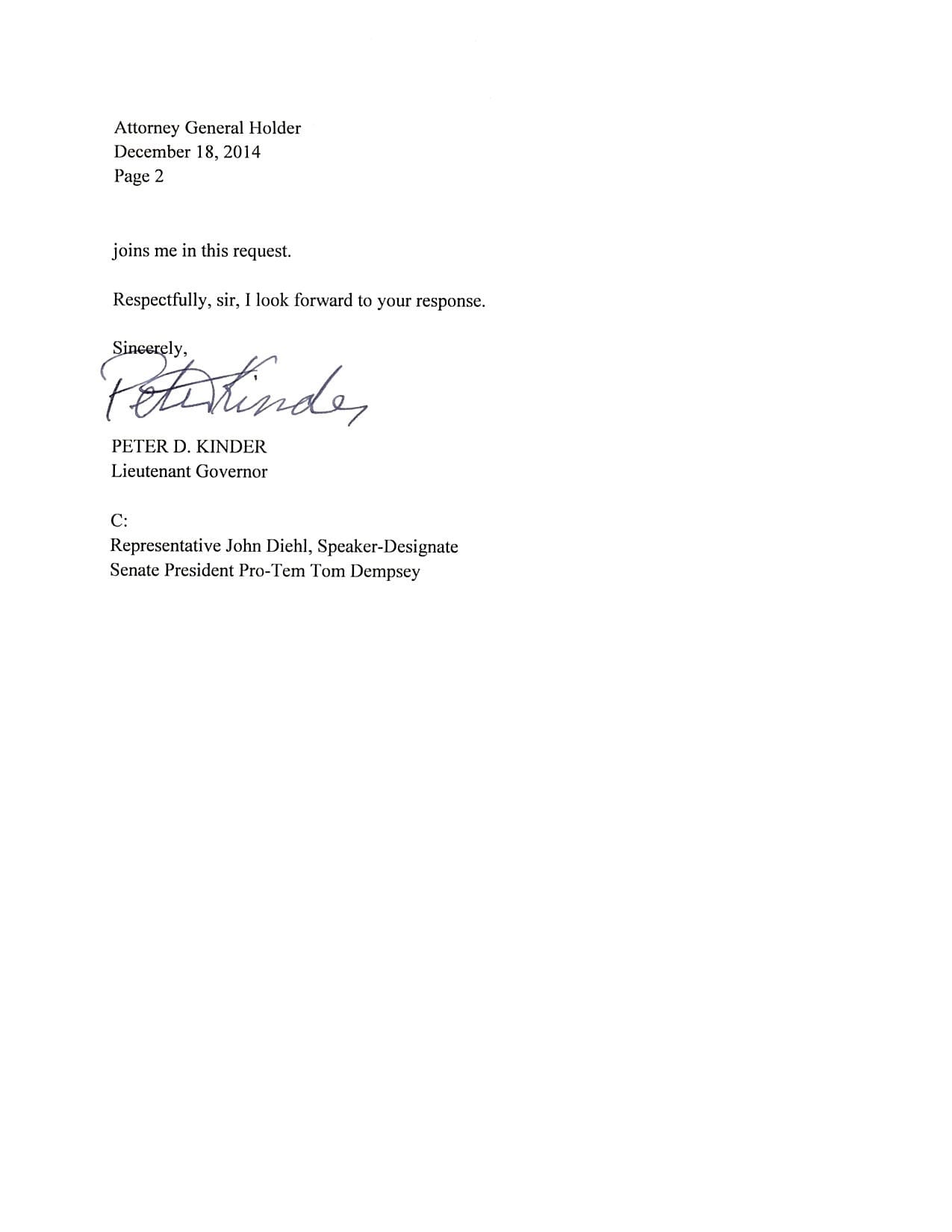 Several officials and community leaders within the city of Ferguson hve remarked that the presence of the DOJ has only complicated, rather than relieved, matters. It's not clear why Holder hasn't released the findings of this resolved case, but the DOJ owes it to the community to publicly release them.