I’ve been watching Media Matters fake concern over the Reid-supporting chick punched at a townhall forum this week. 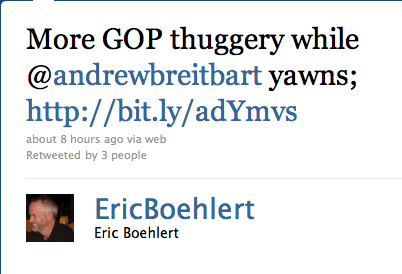 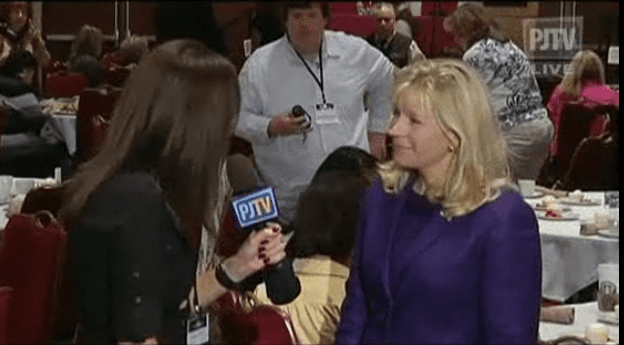 Suddenly Eric Boehlert is a defender of women. Except when those women are conservative, because hey, Kelly Owens and Allee Bautsch TOTALLY had it coming, right?

Because Media Matters likes to portray itself to its three readers as being objective and high enough to serve as a faux-journalism critique, I expected to find tons on the on-video, cop-witnessed (as per police report) assault of Kelly Owens by the SEIU crowd. So I did a little search in the Media Matters’ archives:

What? That bastion of media purity, the calvary to the rightwing media, the Soros-funded “media” outlet didn’t have anything about the assault of conservative Kelly Owens?

OK, so I imagine that they’re hurriedly drafting a post now to remedy that glaring oversight, since, afterall, they’re such huge defenders of women all of a sudden.

I figured that Media Matters/Eric Boehlert/George Soros would also have written about the severe beating of Allee Bautsch, too, right?

So why, after all this time, nothing on MMfA on either Owens or Bautsch? Why the silence? Why the double-standard?

– an Obamacare supporter bite the fingers off a man;

– I received threats concerning my children just last week from a leftist and have since involved the police and the cyber crimes division and, along with my station who is involved, am pursuing maximum criminal charges against the perpetrator

– leftists assault a videographer at a public event

– the assault of Nathan Tabor and his wife

Meanwhile, the tea parties repudiate any such things.

Violence in lieu of discourse is wrong, period. Party, ideology is irrelevant.

Why are only the conservatives saying this, though?

Maybe Media Matters can do a story on it.